While domestic cats are domesticated and may not hunt for food in the same way that their wild ancestors did, they still have natural predatory instincts and can exhibit predatory behavior. This may include stalking, chasing, and playing with small objects or animals.

In the home, cats may hunt small household pets, such as rodents or birds, or they may play with toys or other objects in a predatory manner. It is important to supervise your cat when they are around small animals and to provide them with appropriate toys and activities to help channel their predatory instincts in a safe and appropriate way.

If your cat is exhibiting aggressive or inappropriate predatory behavior, it is important to seek the advice of a veterinarian or a professional animal behaviorist for guidance on how to address the behavior. 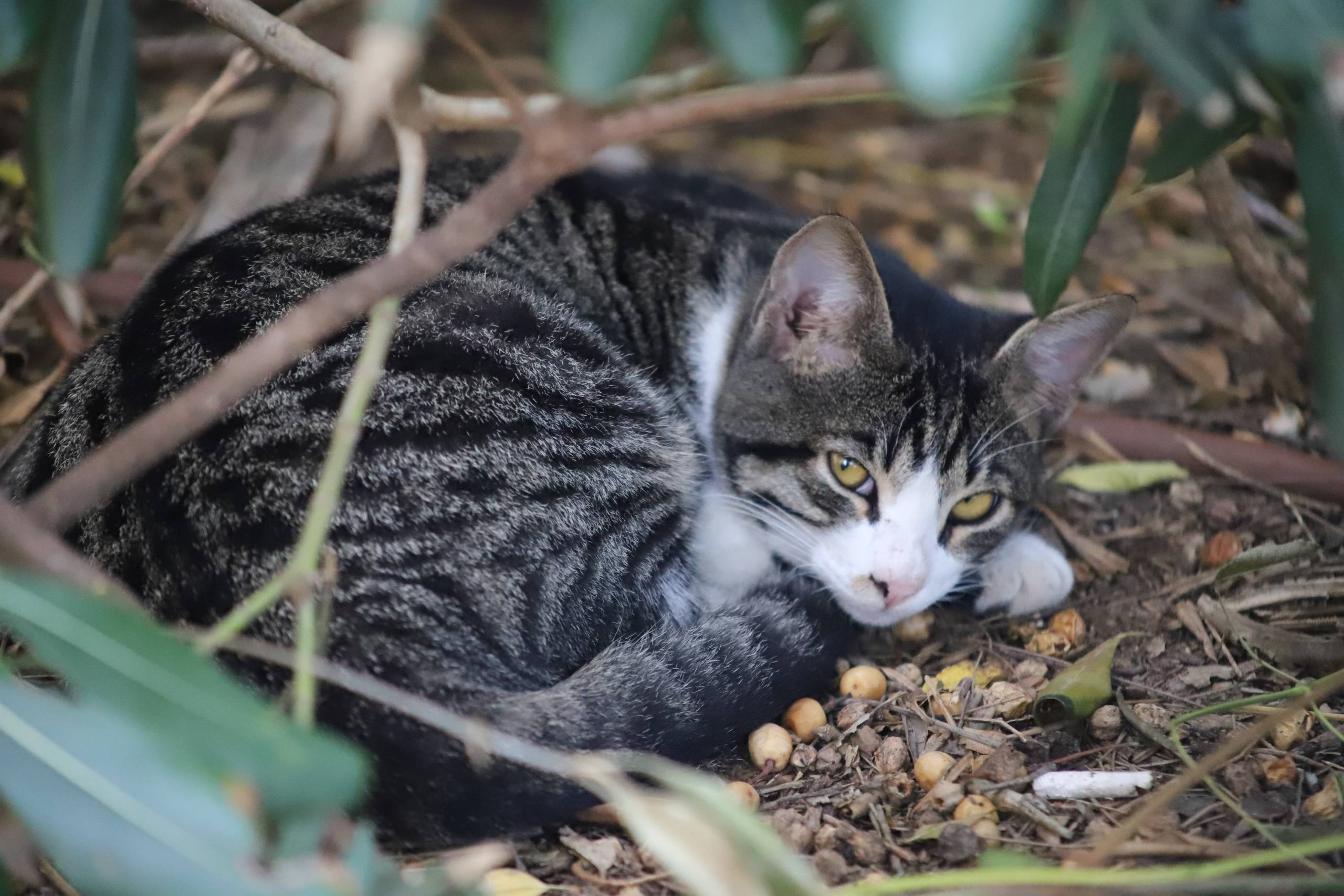 Domestic cats, stray cats, and feral cats are all members of the Felis catus species, but they have distinct differences in their lifestyles and relationships with humans.

Domestic cats are pets that live indoors or outdoors in close proximity to humans. They are often well-fed and receive regular medical care. Domestic cats may be purebred or mixed-breed, and they may have been obtained from a breeder, adopted from a shelter, or taken in as a stray. Domestic cats are generally socialized to humans and may be affectionate and playful.

Stray cats are cats that have been abandoned or lost and are now living on their own. They may have once been domestic pets, but they are now surviving on their own without the care and support of a human guardian. Stray cats may be friendly and approachable, but they may also be fearful or aggressive if they have had negative experiences with humans.

Feral cats are cats that have had little or no contact with humans and are not socialized to them. They live in colonies or as individuals and are usually not suitable for domestication. Feral cats may be descended from domestic cats, but they have adapted to living in the wild and are generally self-sufficient. Feral cats may be aggressive towards humans and other animals, and they are often feared or disliked because of their association with disease and pests.

In conclusion, domestic cats, stray cats, and feral cats are all members of the Felis catus species, but they have distinct differences in their lifestyles and relationships with humans. While domestic cats are pets that live in close proximity to humans, stray cats are cats that have been abandoned or lost and are now surviving on their own, and feral cats are cats that have had little or no contact with humans and are not socialized to them. Understanding the differences between these types of cats can help us to better understand and appreciate the complexity of the feline world and the ways in which cats have adapted to living with humans.

How to leverage boredom to boost creativity
How weather changes affect blood pressure
Higher taxes and a return to austerity look likely for the UK
The luxury market faces a tough question: “How do you balance magic and responsibility?”
Why are managers are leaving their jobs at higher rates than nonmanagers?

Pfizer and BioNTech Reach Agreement with COVAX for Advance Purchase of Vaccine to Help Combat COVID-19
“The Handmaid’s Tale” Review: A Thought-Provoking Dystopian Classic
The struggle for the right to choose when and how to die
Cloudflare: the fastest network, the fastest serverless platform
The Impact of Social Media on Mental Health

Marketing budgets are on rise
How to correct a negative perception of your brand through a marketing campaign
What is the difference between a good and an excellent customer experience?
How are key trends shaping marketing and public relations?
Omnichannel is the name of the game in marketing
We use cookies on our website to give you the most relevant experience by remembering your preferences and repeat visits. By clicking “Accept”, you consent to the use of ALL the cookies.
Do not sell my personal information.
Cookie SettingsAccept
Manage consent