Once upon a time, in the late 19th century, there was a young black woman named Sophia. Sophia had always dreamed of traveling to Venice, the city of love and beauty, but she never expected to feel so alone and desolate once she arrived.

Sophia had saved up for years to afford the trip, but once she arrived, she found that the city was not as welcoming as she had hoped. The locals stared at her with suspicion and disdain, and she struggled to find a place to stay. Eventually, she found a small room in a rundown inn, but the landlord treated her poorly and refused to rent to her for more than a week. 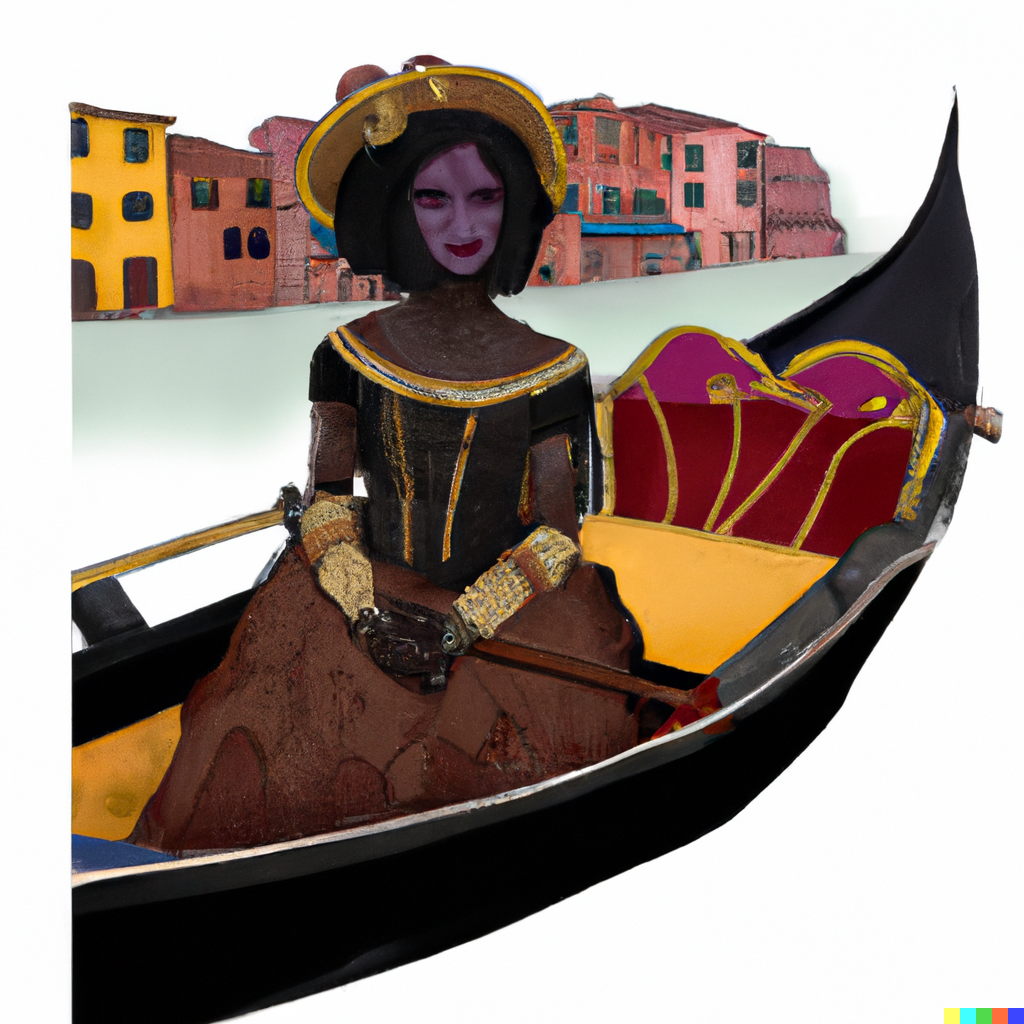 Feeling lonely and out of place, Sophia decided to explore the city. She walked the winding streets and crossed the small canals, taking in the sights and sounds of Venice. But everywhere she went, she felt the weight of the locals’ gazes upon her. She tried to ignore it and enjoy the beauty of the city, but the feeling of alienation only grew stronger.

Sophia found solace in the company of the few other black travelers she met in the city, but even their presence couldn’t shake the feeling of desolation that had taken hold of her. She longed to return home, but she couldn’t bear the thought of admitting defeat and leaving Venice without truly experiencing it.

One evening, as Sophia walked along the edge of a canal, she heard a faint melody wafting through the air. She followed the sound and found herself at a small café, where a group of musicians were playing. Sophia sat down and listened, letting the music wash over her. As she listened, she realized that the musicians were all black, like her, and the thought gave her a small sense of comfort.

For the rest of her stay, Sophia made a point to seek out the café and listen to the musicians play. It was the one place where she felt truly at home in Venice. Even though her trip was not as she imagined, she knew that she had found something special and unique in that small café. Sophia returned home with a new appreciation for the beauty of Venice, and the knowledge that in the end, it was not the city that had made her feel so alone, but her own perceptions and prejudices.

What is the difference between tee time and tea time?
What is self-affirmation?
How to be friends with a subordinate
How to encourage creative behavior at work
What does it mean to be FHIR-native?

How do you measure success in digital?
Domains of the day: HandshakeDomaining.com
Ethereum and IPFS gateways are publicly available to all Cloudflare customers
Holaplex Announces $6 Million Seed Round to Empower Independent Creators of NFTs
What can organizations do to keep up with digital trends?

How to engage your employees
The protests in Iran have spread to Tehran
What advantages does Taiwan have in the era of AI and smart vehicles? Kneron’s CEO points out three
TP-Link Unveils New Networking Offerings, Bringing a Blazing-Fast, Ultra-Secure Broadband Experience to Consumers and Businesses
The Wall Street Journal: How Japan’s Big Bet on Hydrogen Could Revolutionize the Energy Market

What trends are shaping the future of marketing
How to keep finding new ways for your business to grow
Market Yourself: How to write a resume
How to correct a negative perception of your brand through a marketing campaign
How to measure performance with your customers in mind
We use cookies on our website to give you the most relevant experience by remembering your preferences and repeat visits. By clicking “Accept”, you consent to the use of ALL the cookies.
Do not sell my personal information.
Cookie SettingsAccept
Manage consent